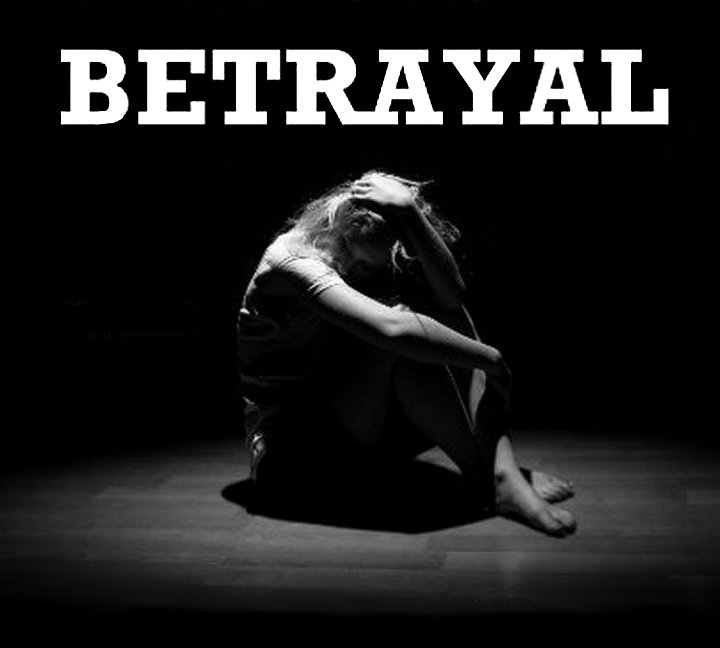 The idea of betrayal assumes there is someone who is actively betraying (antagonist) and someone who is being betrayed (the protagonist). In essence, for there to be a betrayal there must two parts of betrayal, a “betrayer” and a “betrayee.” This also assumes that there is a good guy (the one being betrayed) and a bad guy (the one doing the betraying).

The pain associated with being betrayed can be immensely powerful and overwhelming across the entire spectrum of emotions. On one end of the spectrum a victim of betrayal can be overcome with hatred, anger, even become violent. On the other end of the spectrum, someone can be so hurt that they get depressed, completely immobilized, cognitive and physiological systems start to shut down, and may even consider taking their own life due to the betrayal.

Betrayal is a serious business and comes at an incredible price to participants involved in the betrayal.

The first order of business in a betrayal is the protection of the person who feels he or she has been victimized or hurt by the betrayal. As soon as possible, the victim of a betrayal must be able to find a safe place to prevent further victimization, and actively find ways to feel good enough to seek healing and a better state of being happy, if possible.

A victim of betrayal must have the raw materials (energy and reasonably cognitive state) to work through the process of healing with the least amount of damage to self, the person who betrayed him or her, or others who may be impacted by the betrayal who may or may not have participated in the event.

Once the victim is feeling good enough to deal with the details of the situation, then processing the details of the scenario can be broken down and evaluated. Keeping in mind that in every negatively impactful event in life, there is a secret/hidden treasure to be uncovered which is a clue or harkens the victim to an enlightened state of personal growth.

Seek to understand and retain the precious lesson(s).

The motive is an important component in a betrayal, for some betrayal is intentional, while other forms of betrayal can be accidental or unintentional. This can cloud and complicate judging the part the antagonist played in victimizing the one who has been betrayed.

Once the healing process has been initiated, regardless of the impact and the players, a victim of betrayal may seek to opt out of the cycle of betrayal altogether.

This will sound like an impossibility at first blush, but given time to simmer, the idea may become more appealing over time.

There are a growing number of people amidst the awakening process who are bulletproof when it comes to victimization. These people can never be victimized, are less likely to judge others, and are more accepting of life’s natural unfolding, extracting every drop of goodness without being negatively affected by anything that might have previously considered “bad.”

If you keep an open mind, you can get there from here.